Social networks are used to build a community, but can it really be used to increase sales too? According to a study by Datalogix that was sponsored by Twitter, followers who are exposed to promoted tweets will purchase a whopping 29% more in store. By in store, I mean this data doesn’t only refer to the online purchases but the physical purchases made by actually going into an establishment as well. This data is significant and should be taken into account by e-commerce companies and physical stores alike.

If these statistics haven’t convinced you of the importance of Twitter Ads, according to Media Bistro, 67% of Twitter users report that they make purchases from the brands that they follow on the social network. Growing your community on Twitter is incredibly important and Twitter Ads can help you do just that. 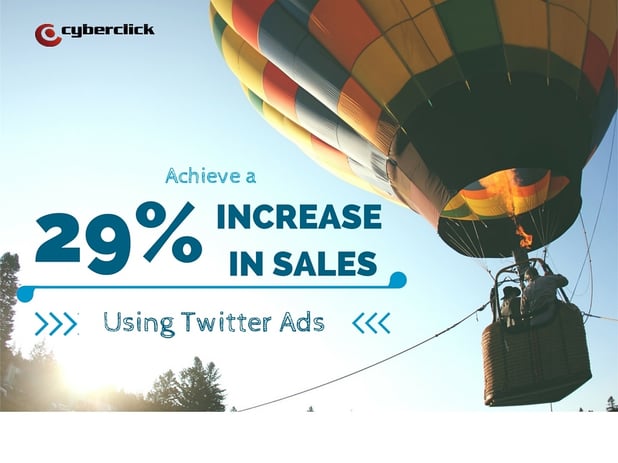 Some of the best ways to obtain sales through Twitter are the following:

This is a very popular method to use on Twitter and has been seen to produce real results. According to Twitter data, Tweets that included a specific percentage discount obtained a 67% lower cost-per-install as well as a 40% higher click rate for apps. Everyone enjoys getting a discount and Twitter users are absolutely no exception, take advantage of this by giving them value with these discounts that will excite them and lead them to the final purchase!

Run Ads in real time using a tool like T2M

“Real-time” is all the rave and it also has been proven to produce real results for businesses. Tools such as Twitter Tech Marketing (T2M) are able to connect the prices in real time with other factors such as the product or destination, depending on your product/service. When running campaigns for Iberia airlines we realized the clear difference between real time and always on campaigns with the real time campaigns obtaining a 61.31% click/search and the always on campaigns obtaining only a 29.09% click/search. This difference is substantial in terms of sales and ending up producing a 2.97% click/purchase for the real time campaigns, proving the power of Twitter Ads.

Use Twitter Ads to give users a sense of urgency

This may seem obvious, but believe it or not many businesses are not using this simple tip that can help grow sales. When you’re writing the text for your campaigns be sure to include some words that create a sense of urgency in users such as “now”, “quick”, “limited time”, or “hurry”. These words have been shown to produce a 9% higher conversion rate as well as a 36% lower cost per install. Take this advice now!

Promote the tweets you already know will succeed

Before you jump in head first, do a little bit of testing and don’t leave your success up to chance. Tweet the images and text you are considering to run campaigns for and review the results and engagement of them before you decide which are best to invest in. Twitter provides you with a lot of useful data that will leave you feeling completely confident in your campaigns results.

Related Article: 6 benefits of promoting your company on Twitter

The Marketing team’s objective should be to ultimately increase company sales and not simply to obtain as many leads as possible for as little as possible. Gathering a ton of leads for little money doesn’t mean anything for your company unless they convert into real sales. Twitter users have been seen as high quality users who don’t just simply engage with brands but convert to customers, proving the real strength of Twitter Ads.