What can advertising on Twitter do for you? Improve your results, ROI and success stories

If you are looking to increase your brand’s impact on Twitter, it is in your interest to know and use its advertising platform, Twitter Ads. Before dedicating your budget to this solution, however, you need to perform a detailed investigation the benefits of these kinds of ads. So, today I would like to tell you what advertising on Twitter can do to improve your brand’s results and ROI.

The traditional way of measuring the ROI falls short when it comes to social media. Here, we find ourselves in an increasingly complex environment, where the consumer receives multiple impacts and it is difficult to pin down a cause and effect relationship. On the other hand, we need to act in real time to optimize our efforts to the best of our abilities, and make the most of the immediacy of social networks. If anything is sure, it’s that social media is extremely valuable when it comes to developing and reinforcing the relationship between brands and consumers, so it becomes important to update the way we look at ROI in order to adequately evaluate the benefits of advertising on Twitter. 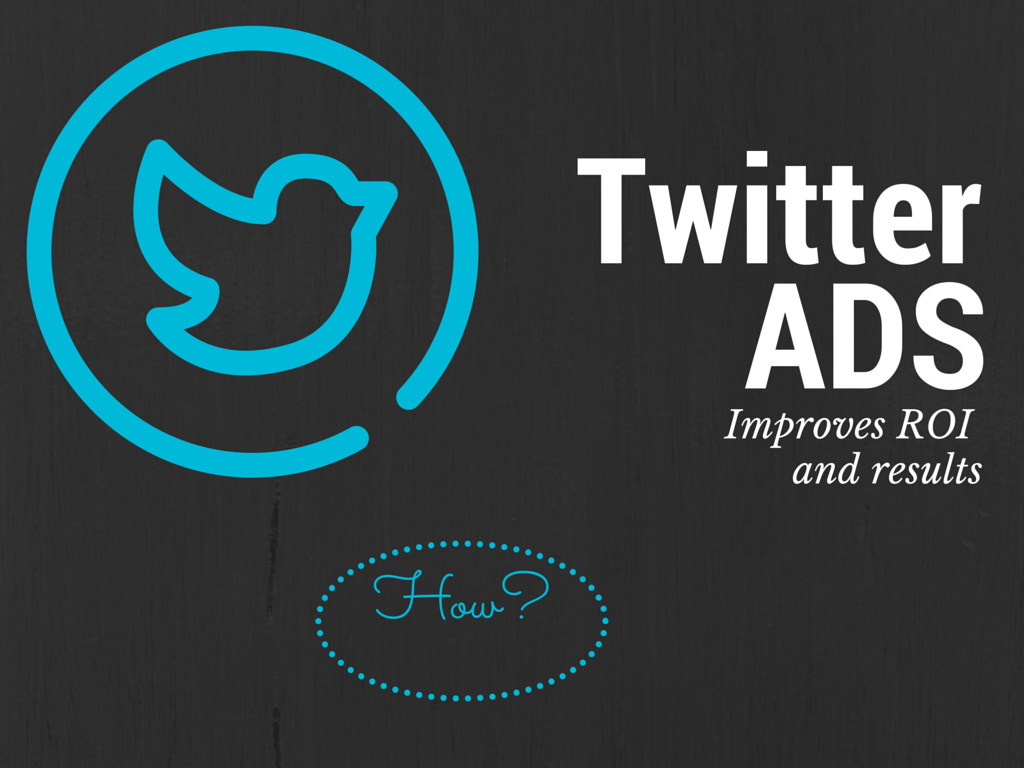 Did you know that 62% of users consider Twitter to be the quickest source of information? Just in Spain, this network has gathered 8 million active users. Advertising on Twitter allows us to reach out to this audience through promoted tweets. These tweets are marked by a small sign, but other than that blend in naturally to a twitterer’s news feed and can be commented, retweeted, liked… Long story short, they act like any other tweet, but have a much higher potential to reach out to people, and offer the possibility to add visual elements, like “cards”, to increase conversion.

In order to improve your results and your ROI with Twitter Ads, the first thing you need are clearly defined goals. Depending on these, you can use the different types of campaigns at your disposal:

In conclusion, the benefits of advertising on Twitter depend on the option you choose, but they include growing your community, increasing the number of visits to your website and conversions, stimulate interaction and popularity, incentive downloads of your app, increase your potential client database and promote your content via video. Whatever your objective may be, remember that segmentation is the key to creating a truly effective campaign.

How to use Twitter to improve results and your ROI

Here at Cyberclick we have investigated the best and worst actions to reduce your costs per action and per conversion in order to improve the results and ROI of your Twitter campaigns. Follow these recommendations to reach the maximum profitability of your campaigns.

To finish off, I would like to share with you some of the success stories of some of the campaigns we have developed here at Cyberclick, as sometimes theory is just not enough.

There are few Spanish brands more popular than this airline, which has been active since 1927 and connects over 100 destinations all over the world.

The goals of this campaign were to reduce the cost per search on their websites form, and gain more knowledge on the behaviour of consumers while purchasing, taking into account that we were focused on a mobile audience that then normally completes the conversion on a desktop.

In the first phase we used a campaign to show always on messages (timeless), while in the second phase we united segmentations with real time offers to offer real time Ads, allowing us to show destinations and prices in a very dynamic way.

As such, we created over 1000 active segmentations for geolocalized campaigns in Spain, including a large number of national, European and international routes. Since these ads, over 32500 visits to the campaign’s landing page have been generated, with a conversion rate of 49% related to the visit.

GlovoApp is a service that puts consumers and local delivery services in touch with each other. At the moment, the company is looking to reinforce their position in the local markets of the most relevant European cities. As it is an app being dealt with, it was a fantastic opportunity to make the most of the mobile potential of Twitter Advertising.

Thanks to our Twitter Ads campaign, we were able to achieve the following results:

These are just two examples of the amazing advantages for brands of advertising on Twitter, and I hope you are already getting excited about incorporating Twitter Ads into your marketing strategy!

If you want to know more, check out this post --> Optimize your Twitter Ads with Artificial Intelligence

To read this article in Spanish, please click here!