Social media ads are one of the quickest and most effective ways to connect with your target audience. These ads provide plenty of profitable opportunities and are a great way to boost your digital marketing campaigns.

These small but mighty ads utilize all the data users share on social media to offer highly personalized and relevant content, which ultimately expands conversion opportunities and introduces your brand to more potential customers.

As more and more brands are getting on board with social media ads, it's important to understand how this advertising medium works. Social Ads are an incredibly profitable and versatile advertising channel that gives us the ability to build specific campaigns on social media and meet a selection of different business goals at relatively low costs. 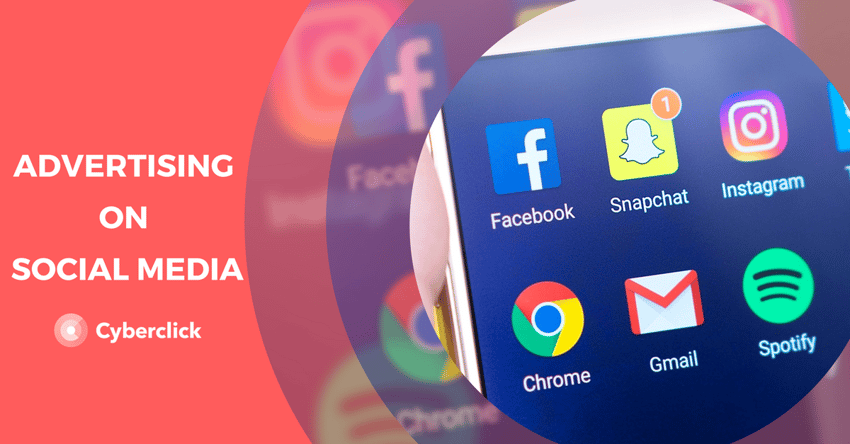 What Exactly Are Social Media Ads?

On social media, what is the best way to invest in social ads? While you may think the answer lies in knowing which social media platform has the largest user base, there is actually no one correct answer. Truth is that it depends on the situation. When making your decision, you need to think about where you can find your audience on social media, what kind of campaign you're looking to create through social ads, and how you can use this information to optimize ad investment. To help you out a bit, here is a short summary of the different types of social media advertising options.

Before we delve into the various types and examples of social ads, let's consider what they are, how they are designed, and why they're important.

Over 500 million Tweets are published per day. On Facebook, over 300 thousand photos are uploaded a day and around 4 million shares occur a minute. Amidst this staggering amount of content, how can you make your advertising campaigns stand out on social media?

The way that your ads are designed, the images and text you use, and the context they work in will all have an impact on encouraging users to click on your ads.

The truth is that on other digital platforms, like Google Ads, users are already quite willing to go through the conversion process - after all, more often than not, the reason they came across the product is because they were searching for specific keywords which happen to be related to the product. On the other hand, social media ads show your product to users who coincide with your target audience, but who don’t necessarily know your brand or weren’t thinking of buying the product.

This is why, with social media advertising, we come across very different strategies when dealing with communities vs ads, and organic vs paid content. The tone, the content itself and the user behavior is different in each situation.

Because the look and feel can have such a great impact on the success of your social ads, it's important to nail the design.

We tested two different types of ads to gauge the most successful campaign. One ad featured images that aligned to the brand’s style guide across all channels and the other featured new images created specifically for performance.

With the same level of ad investment in each campaign, the performance oriented images experienced a 35% higher CTR compared to the images focused on branding. In addition, the ROI achieved in terms of sales as well as investment was more than doubled in the ad sets that used these images.

Some key take aways from this experiment include:

When the objectives for your social ads are things like installations, purchases, registrations, etc., it is important to design all the variables in the campaign to strengthen the conversion process. It just so happens that the interaction with the ad’s image is without a doubt the first step in that process.

Over the last few years, Facebook has developed a very competent and complete advertising solution, with a range of tools to create your ads exactly as you want them, directed at the perfect audience.

But the best of Facebook Ads is still to come, as they are constantly perfecting their interface to be as precise as possible. If you are able to fully understand and master all its new features and details, your limits are pretty nonexistent. Let's look at this network’s 3 new advertising features, which will allow you to perfect your ads.

Audience Network is Facebook’s advertising network which amplifies your campaign to go beyond the borders of the network itself. Audience Network ads are published on apps and mobile websites, instantaneous articles, and videos.

This tool has the same segmentation, mediation, and delivery options as Facebook but until now, you were not able to exclude any locations, apps or content from where your ads were shown. The latest feature is a function that will be introduced gradually, allowing you to restrict your ad from being shown in:

Together with Audience Network’s traditional double checking system (automation + human revision), this new feature gives you control over the context in which your ads are displayed.

To activate this feature, all you have to do is click on Show Advanced Audience Network Options when configuring your campaign locations. Then go to Explore to select the categories you want to block or Activate Blacklist for Audience Network to restrict specific places.

2. Lookalike Audiences in Other Countries

Facebook Ads’ Lookalike audiences allows you to search for Facebook users who share characteristics with other, pre existing audiences, such as as their location, age, gender or interests.

Until now, this Lookalike function could only be used to look for users in the same country. But this limitation has now disappeared. You can now use the tool to search for users with common characteristics in other countries, making international strategies significantly easier to set in motion.

There are a few of things to keep in mind.

Last but not least, the third new feature in social ads is the ability to target your ads at a global audience, making it even easier to launch international campaigns. Before, Facebook Ads only allowed you to segment your campaigns by country, meaning that global campaigns had to be created manually, causing discrepancies in the algorithm.

At the moment, these new segmentation options can only be applied to website conversion campaigns, app install campaigns or app engagement campaigns.

Here are some key points to this new feature:

Multinational beauty retailer Sephora turned to video to grab the public's attention on Facebook. Videos are known to have a high engagement rate and to capitalize on this, Sephora created this campaign.

Its high production value and beautiful visuals led to great results for the brand. They saw a 41% increase in click-through rate and a 32% higher return than they had from previous campaigns.

Shopify helps people create and run their own online stores and streamlines the process of setting all this up so that anyone can start their business venture today. To promote this, they launched ads on Facebook to inform and encourage people to get involved.

Although this ad is more minimalistic, it is has a clear,  inspirational message. It calls on the viewer to take action to build a business on their terms. It is easy to understand and motivational.

Here at Cyberclick, we work with Spanish international airline Iberia to promote the growth of their main routes originating in Spain, Latin America, and other European markets. In order to do this, we use our artificial intelligence based Twitter Ads optimization tool, Twitter Tech Marketing.

Our primary goals were to optimize the unit cost for each person’s search using the form on their website, as well as to get to know the users’ purchasing behavior, given we were targeting a mobile audience who still finalize the majority of their purchases from desktop devices.

The strategy was based on a series of actions in Spain, France, Brazil, and Germany, that progressively tested all the routes with the maximum amount of micro segmentations allowed by the tool.

In the first phase, the campaigns were “always on”, with generic messages. In the second phase, we introduced Real Time Ads, which displayed real time prices and destinations, updated according to the airline’s offers. To do this, we developed a pioneering integration with the company’s price feed.

These were the most noteworthy results.

In this case, we decided to let our more adventurous and curious side out to play by trying out Twitter Audience Platform, a tool that allows advertisers to significantly increase their Twitter Ads campaigns’ outreach with help of an external mobile app network.

To try out this tool, we did a 60 day test with Groupalia, launching a campaign designed to boost app installs. The main results were:

How to Use Clubhouse to Earn Money in 2022

How Product Catalogs in a WhatsApp Business Account Can Increase Sales