Rich Media is a word commonly used in the digital marketing world. Essentially, it is a term used to describe online advertising that uses advanced technology to attract conversions and engage viewers, including streaming videos, interactive applets, gamification, GIFs and multi-layered content. It can be a great creative tool for attracting attention to your brand, boosting engagement, and improving UX.

In this ever-evolving age of cutting-edge technology, people are exposed to more online ads than ever, so rich media ads can be a great method to help you stand out from the masses and be heard by your audience. This is why it is so important to understand what rich media is and how it can benefit your brand. As a marketer, you also need to understand what type of rich media ads are out there so that you can choose the best formats for your ads. 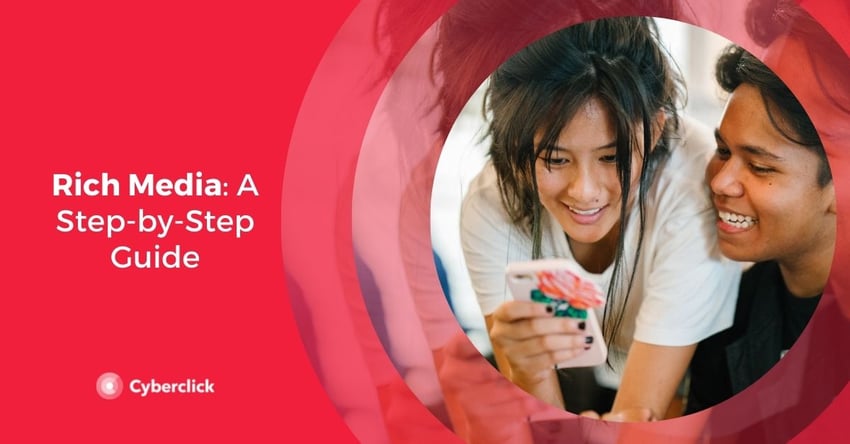 What Is Rich Media?

Rich Media ads are a form of advertising that relies on the use of interactive digital features, including streaming, video, and audio. The idea is to use state-of-the-art technology to encourage viewers to interact and engage with exciting content, increasing the impact of a given campaign.

With rich media, ads can expand or float across a page, and viewers can interact with content in a number of ways. Marketers can usually achieve a higher level of engagement compared with regular banners or text ads as they are more complex and allow for greater creative freedom.

Rich media is a highly effective format to boost your campaign ads and get noticed by the right people. Advantages include improved creativity, increased user engagement and performance, and enriched metrics and analytics. Rich media ads also offer improved UX for consumers and increased ROI for advertisers.

Let’s take a look at some of these advantages in a bit more detail.

Rich media ads are generally far more interactive and attractive to online audiences. This improves the user experience, encourages engagement, and usually results in higher interaction rates. This is because the more creative and unique an ad is, the higher the chance that viewers will make an emotional connection with your content, also boosting brand awareness and, ultimately, sales.

Rich media boost the overall performance of your campaigns. This includes increased conversions, click-through-rate, and view rates. CTRs tend to be much higher for rich media banners due to their high-impact format, premium spots on publisher sites, and bigger sizes. In other words - they’re much harder to ignore.

It is also much easier to capture a viewer’s attention when you use formats that encourage interaction. Plus, rich media ads are measurable and scalable, whereas standard static banner ads typically only allow marketers to measure basic metrics like impressions and clicks.

Unlike standard display ads which are typically focused on images, rich media ads also focus on audio or dynamic visual elements. Thanks to interactive features like taps, swipes, tilts, shakes or pinches (also known as ‘gestures’), there are more ways to measure and track responses to the ads. This provides you with a great deal more valuable data when it comes to metrics and analytics.

When it comes to rich media, there are a range of formats that can be used to improve the visual appearance and USP of your rich media ads.

Let’s take a look at three of the most effective types of rich media.

A banner, which can be used on a web page or in a mobile app, is the most basic rich media ad format. Rich media banner ads usually include various types of media elements, such as audio, video, and images, that encourage users to interact with the ad. Banner ads are usually fixed. However, when rich media technology is used, such as HTML and Java Script, you gain greater flexibility. They are also easy to create, affordable, and incredibly versatile, making them a great choice for small and medium businesses.

The multi-directional format is relatively new in the advertising world.

An expanding creative is an ad with two sizes, an initial size and a larger size. The smaller size fits within a standard banner ad space, while the larger size appears to expand outside the initial ad boundaries. The ad can expand automatically or when a user clicks or rolls over it.

An MDE rich media ad is similar except it expands in multiple directions, depending on where the ad appears on a webpage. For example, if an ad is placed on the right side of the page, it will automatically expand towards the left side when a user clicks on it or vice versa. Because users have to stay on a page to see the banner come to life, this type of ad typically sees the highest dwell time.

We all remember pop-up ads - one of the most primitive forms of online advertising. Think of interstitial ads as a much less annoying upgraded version of the OG graphical user interface.

Interstitial ads are interactive, full-screen ads that cover the interface of their host app or site. These ads appear at natural transition points or breaks, such as in between activities or game levels.

One of the biggest benefits of interstitial videos that they are full screen and dynamic, so they offer a much more engaging ad experience. Because they are placed at natural transition points, they also offer far less disruption to the user experience. 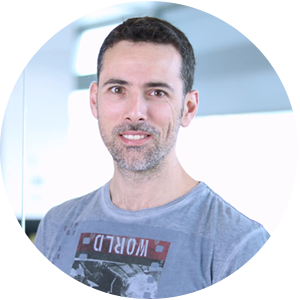