Viral social media campaigns seem to be more common than ever, with a new viral post or video coming out seemingly every week. And yet, reaching virality is still a struggle for many marketers.

Viral marketing would not exist without social media. Without social media, there would be no vehicle for news or information to spread as rapidly as it does. However, many viral social media campaigns tend to be short-lived, as so many stories are constantly competing to grab consumers’ attention.

In this article, I’ll explain 5 keys of viral social media campaigns, and how you can use them to help your brand go viral. 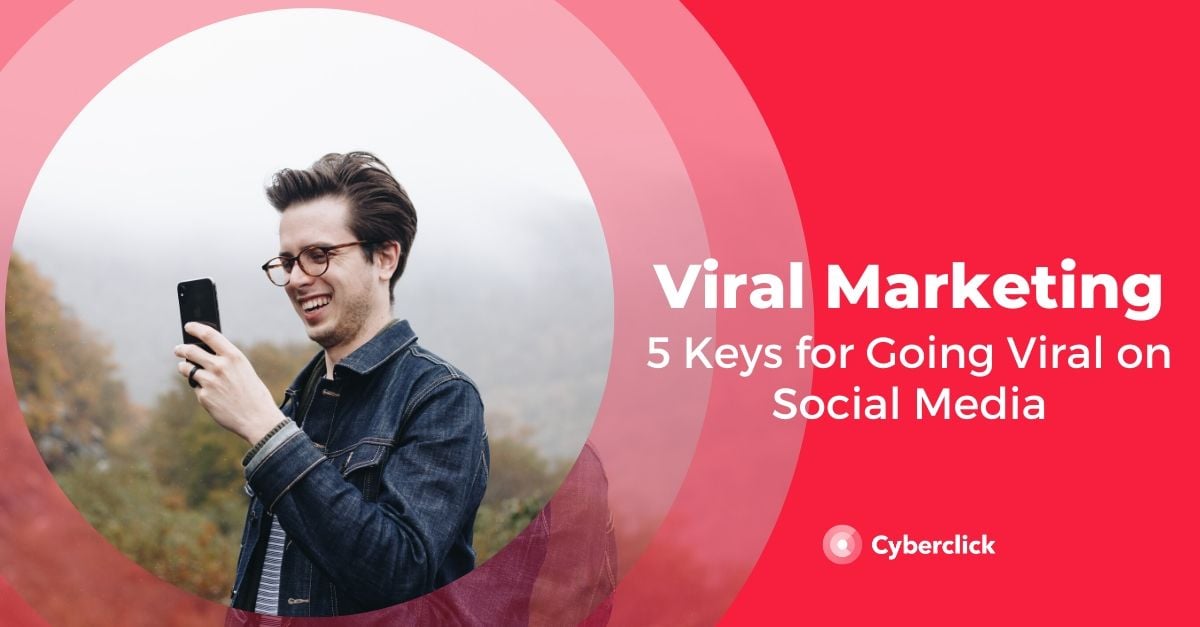 If the thought of trying to strategize and plan a full-blown viral marketing campaign sounds like too much, consider Viraljacking.

Viraljacking, or trendjacking, is a good introduction into the world of viral marketing. As an evolution of newsjacking, viraljacking is the technique of hoping on a popular meme, trend, or pop culture reference and applying it to your brand or business.

Viraljacking is not the same thing as going viral, although your participation in it may cause you to go viral. However, in the majority of cases, it is just joining a larger conversation that is already happening online.

A good example is when brands decided to hop on the “Art Basel Banana” story in December of 2019. After a banana duct-taped to a wall sold for over 6-figures at the famous art event, social media lost its mind. Brands decided to trendjack the news and get in on the action.

Just as social media has dramatically changed over the years, so has viral marketing on the platforms. In the early 2000s and 2010s, viral content was mostly made up of viral videos and the videos had to be searched for on YouTube.

Not only has the content itself changed, but the volume has changed too. According to an interview given by Dolan Dark, a popular meme creator, “In 2010 to 2012, there were probably  10 or so big memes for the entire year. Now, in 2019, you'll have 10 big memes all happening in the same month.”

This means brands have a lot more competition on social media when it comes to grabbing users’ attention. Most viral social media campaigns have a nuanced understanding and adoption of the social media landscape.

It is important to remember that social media users, whether they have 30 followers or 30,000, all have a brand. This means that users want to share something that either represents them, their brand, or the perceived image of themselves. People will only share things that trigger their sense of self, emotions, or personalized image on social media. Understanding this is key for successful social media marketing in 2020.

Some social media accounts have reached virality simply through their brand voice. The most popular example tends to be Wendy’s, but Moon Pie, Pop-Tarts, and Netflix’s various accounts are frequently cited as one of the most viral social media accounts as well. These accounts are constantly creating weekly “mini” viral content simply through their unique and savvy voices that relate to younger users.

Partnering with an influencer can also be a successful way to boost your viral campaign. Consider the influencer’s audience and whether or not they are the type of audience you are trying to appeal to.

Hashtags allow users to participate in the online discussion about your campaign. They also help you to track the success of your campaign and assess how many people are talking about you online. Additionally, they’re a good way to officially “name” your campaign to the public and can serve as a self-chosen identifier.

As mentioned earlier, hashtags are an effective addition to any viral marketing campaign. Before committing to it, it’s important to heavily analyze the hashtag to ensure it hasn’t been used before, can serve as a good representative of the campaign as a whole, and can’t be read in a way that wasn’t originally intended (some past examples of Hashtags that went wrong include #SusanAlbumParty, which, when read without the capital letters, can take a wildly different meaning).

These tools, and more, are covered in our free ebook, Secrets of Viral Marketing. This ebook covers top viral marketing campaigns, the ingredients found in all viral campaigns, and the secrets to viral social media campaigns, viral video campaigns, and trendjacking.