What is Twitch Marketing?

Live Streaming has become one of the most popular forms of entertainment in recent years. And eSports has emerged as its unexpected overachiever with gamers streaming their performances to audiences around the world. Esports competitions are even filling arenas with people eager to watch the best of the best go head to head. The creators of Twitch took notice and developed what’s now the most popular streaming platform for gamers. With more than 17.5 million daily users and low marketing competition, there’s no better time to discover Twitch’s potential as an emerging market. 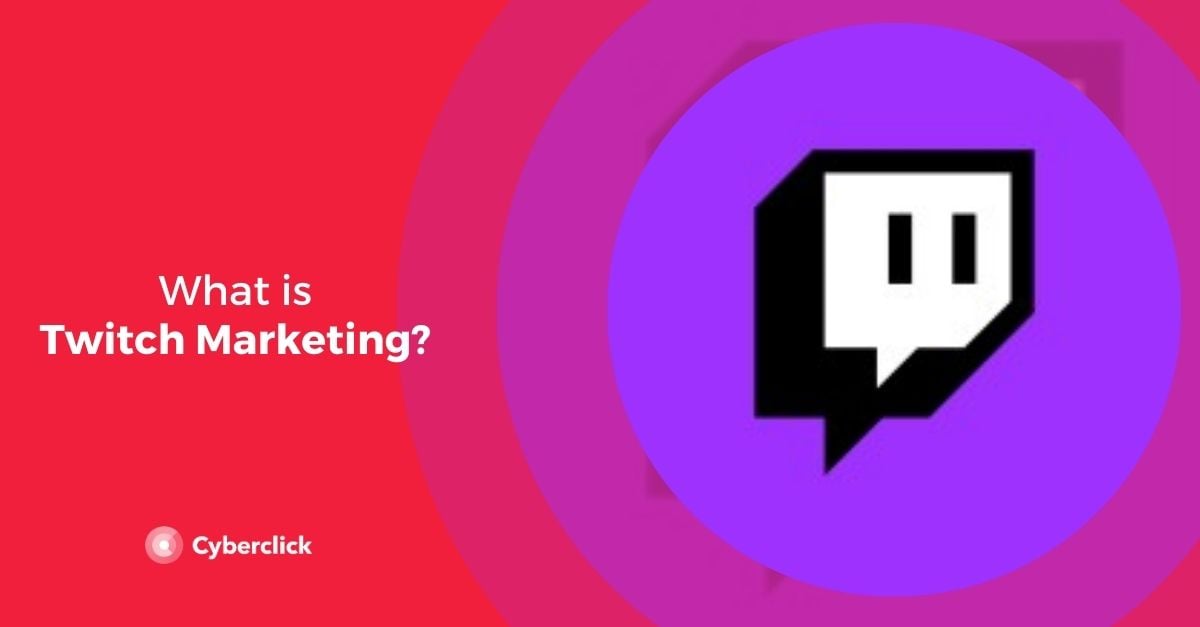 What is Twitch and How Does it Work?

Launched in 2011 and acquired by Amazon in 2014, Twitch is a live streaming platform with a focus on video games and eSports competitions. Users have recently expanded to include lifestyle, music and DIY content creators, too. Twitch accounts for a whopping 72.2% of live streaming hours watched online, a stat that shows just how much users love the platform.

Twitch works like this: A gamer livestreams and talks as they play a video game.The streamer also interacts with viewers via chat. Like other social platforms, people can follow a gamer to keep up with their content. Gamers who are particularly skilled at playing a certain game or who have charisma are the most followed. Sometimes a gamer has both, like Ninja, by far Twitch’s most popular influencer with 16.6 million followers.

People visit Twitch to be entertained not to be bombarded by advertising. That’s why partnering with popular personalities is the best way to reach audiences with less intrusion.

Firstly it’s important to understand the demographics that are present on Twitch.

As a predominantly younger and male audience, as marketers we must decide if this is the demographic we want to market to, and if so, how to reach them. There are two main ways to reach audiences on Twitch: through partners/sponsors and through influencers.

Also known as sponsors, these are streamers who have gained a considerable following, broadcast regularly and meet Twitch’s partner requirements. Partners are allowed up to 8 minutes of advertising within their broadcasts. These ads can be pre-roll, mid-roll or at the end of their broadcast.

Twitch influencers are users who have a large following but are not part of the partner program. Instead of featuring ads within their streams, influencers mention or recommend products to their audiences. As with any form of influencer marketing this is a form of third party validation, and followers have much more trust in individual recommendations than in being advertised to directly by businesses themselves.

There are a multitude of ways to advertise on Twitch. As mentioned earlier, ads can be shown as:

Cross Screen Video is a full screen video format that plays across all devices like desktops, mobiles and tablets. No 3rd party ad technologies or 4th party tags are allowed. 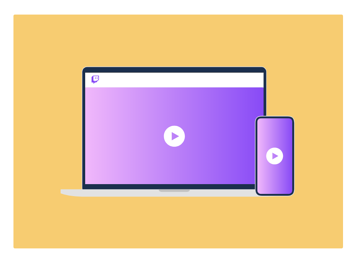 HomePage Headliners are banner type ads that offer premium positioning on users’ homepages. The ads scale based on screen resolution to look as crisp as possible on any screen size. Homepage Headliners have three parts: two end images and a hex color code you can choose.  Like Cross Screen Video, no 3rd party ad technologies or 4th party tags are allowed. 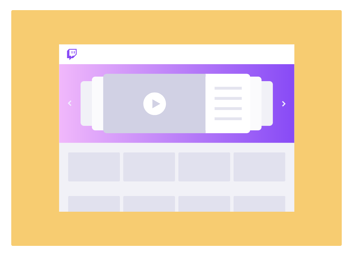 Super Leaderboard ads are banner image ads that keep users engaged while they scroll and search for more content. No use of unapproved 3rd party ad technologies allowed. 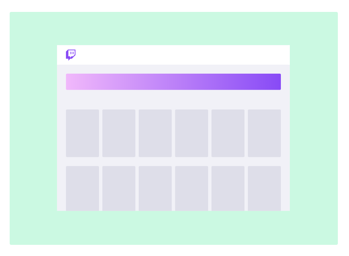 Video advertisements that are inserted directly into broadcasts on desktops. Desktop Videos can be incorporated as pre-roll ads or during scheduled advertising breaks. Like other video ad types, no geo, browser or 3rd party targeting is allowed. 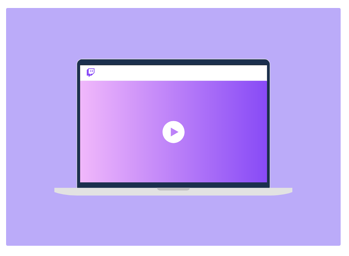 Mobile Video ads can play pre-roll, mid-roll or end of broadcast during a stream. The ads are only played on Twitch’s mobile app. 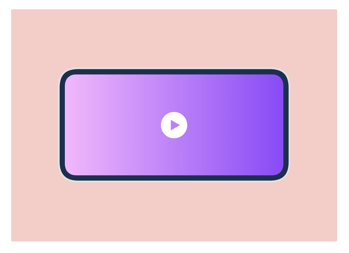 Much like the Super Leaderboard, Medium Rectangle ads are shown as users scroll the Twitch catalogue looking for more content. 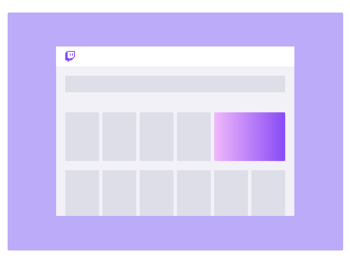 Surestream is a newly developed video ad technology that incorporates ads seamlessly into the broadcast instead of as a layer over the original stream. 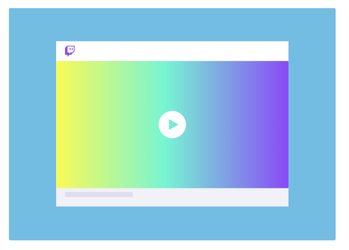 Homepage Carousel allows you to promote your livestream channel content on a rotating carousel slot on users’ homepages. 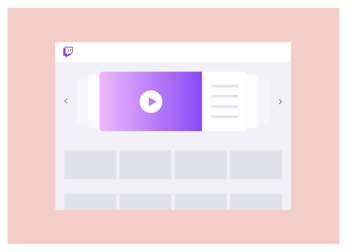 Before jumping on the Twitch bandwagon it's important to get a grasp of how the platform works and the culture around it. Twitch users are primarily in the Gen Z category (18-34 years old), and as mentioned, are predominantly male. What types of products or services are they interested in? Where does your brand fit in?

Likewise, selecting a partner or influencer to work with shouldn’t be rushed. Does their personality or style match with your company? Will they represent you with your best interests in mind? By watching at least one of a given influencer’s broadcasts you can get to know them and see if they might be a good fit for your brand.

The growth and popularity of Twitch with its users makes it one of the most exciting marketing opportunities of the moment. Add in the relatively low level of advertising competition, a range of ad options, and most importantly, a very high engagement rate, and it’s hard to ignore Twitch’s potential. Twitch has experienced continuous growth since 2012 and with broadcasts widening in scope besides gaming, a more diverse audience is emerging. Audiences that could be an exact match for your target demographic.