The OOH Digital Advertising Trends You Can't Miss in 2023

OOH (Out of Home) Advertising is no longer what it used to be. The evolution of the digital world means that OOH and DOOH (Digital Out of Home) advertising are not practically one and the same concept. As the years go by, there are fewer pure OOH advertising elements, such as billboards, signs, posters, etc.

Nowadays, digital screens or QR codes flood the public space (at least in big cities). That's why the OOH digital advertising trends of 2023 are fueled by innovation and technology. If you want to keep up with the latest developments in this type of marketing, you are in the right place.

To start our list, let’s take a look at one of the OOH digital advertising trends that, on many occasions, has gone viral. Surely you have seen several videos showing examples of what is known as anamorphic advertising, a type of OOH advertising that takes place on very particular outdoor screens that are usually placed on buildings or curved facades to give the impression that the image has depth, thus creating a 3D effect from specific angles in public space.

This marketing trend is particularly popular in Asia, specifically in cities such as Kuala Lumpur, Chengdu, Singapore, Tokyo or Seoul. However, all signs point to the fact that its demand will continue to grow worldwide in 2023, as it also generates great impressions on the public.

Brands have realized that advertisement repetition is not the key to staying in consumers’ minds – powerful ideas that connect with the public are what sticks.

One of the most important OOH digital advertising trends of 2023 is personalization and, within this, location-based OOH advertising. What does this mean? Mainly, that the ads you see when you are on the street, at a subway stop, or in the mall are increasingly adapting to the environment and audience, causing you to perceive them as more important and to be more ingrained in your mind.

This marketing trend is enhanced by technology and, in particular, IoT (Internet of Things). For example, more and more cities are being equipped with sensors that collect information on the traffic situation, air quality or temperature.

All this data can be used by advertisers to transmit advertising that connects with the needs and problems of citizens according to their location. And not only that, this data can also be used by the brands themselves at a more internal level. That is, if there is an area where a large amount of traffic accumulates, it may be a good idea to install advertising panels there and thus take advantage of the citizens' waiting time.

By now, it is no surprise that video is the biggest traffic magnet on online platforms. Video has surpassed both infographics and blog articles in popularity and 80% of marketing experts confirm this thought, stating that by using video their direct sales increased tremendously.

But despite the great popularity of the video format, brands continue to innovate in order to maintain these top positions. We predict that in 2023 one of the most talked-about innovations will be 360º video, which allows viewers to see the scene they are witnessing from all angles, just as if they were watching it in person.

This type of video is also known as augmented reality or virtual reality. Until now, the use of the 360º video format has been used in online advertising, but very little in OOH advertising. However, in 2023 this will change and it will be one of the most interesting marketing trends.

In 2021, Snapchat conducted an example of what this type of street advertising would look like by installing QR codes in public places where people used their cell phones. When viewers scanned the codes, they could see spectacular superimposed scenes, such as a lunar landscape, a jungle or a flying whale. The company's aim was to promote its filters, and it certainly came up with a very original and attractive way of doing so. This has only just begun and, little by little, we will see more examples of advertising made with virtual reality in our cities.

One of the most dramatic OOH digital advertising trends that 2023 will bring is the increased adaptability of outdoor ads to the viewing audience. This means that advertisers will create personalized outdoor advertising and tailor it to a wide variety of factors, such as gender, age or browsing history.

You may be wondering how this is possible outdoors, how these personal elements can be detected outside the home when someone simply sees an ad on the street. The answer is thanks to machine learning and artificial intelligence (AI).

To give you a better understanding, let's give you an example. Imagine that a company installs an outdoor advertisement about the opening of its latest pet store. Artificial intelligence would be able to extract the personal characteristics of those viewers who have seen the ad on the street and have shown interest (by visiting the website, searching for the profile on social networks or entering the brand name in Google). In this way, a profile of the potential customer of a business can be extracted and more targeted ads can be made.

This is already done with online advertising, but this is a new way of transferring digital strategies to the real world or, rather, of combining them. Thus, digital advertising and traditional advertising would become more and more intertwined and inseparable.

DOOH (Digital out of home advertising) formats have proved to be much more attractive to the public and attract much more attention, since, unlike traditional OOH advertising, they are able to play videos or images. In addition, another difference is that, while traditional outdoor advertising only allows the projection of one ad (until it is changed again after some time, if at all), DOOH advertising is able to play a carousel of ads, thus offering different content to viewers and getting them to spend more time looking at the advertising.

These novel forms of non-traditional OOH advertising are beginning to spread far beyond sidewalks, entering all sorts of places such as shopping malls, gyms, waiting rooms, and even elevators. As of today, the most commonly used format in these places are screens, but as they become more established in the advertising world, new options will become more popular.

You may have noticed that we have mentioned mobile devices and how they are part of how this type of marketing works. Scanning QR codes or monitoring the devices of those who are interested in outdoor ads are just some examples. User’s cell phones have great potential with this type of advertising, as very powerful and promising strategies can be devised using them.

One of the brands that has best demonstrated this theory is Burger King with its "Burn That Ad" campaign in Brazil.

This campaign consisted of installing different pixelated billboards in different locations to encourage the public to discover their real content using their mobile devices. To do this, an augmented reality function was made available in the Burger King app that recorded the billboard and offered the visual effect that it was burning. As the sign burned and disappeared, it was possible to see how another one appeared behind it, informing viewers that they had won a free Whopper. This is undoubtedly one of the most powerful examples we have seen with OOH advertising, in which augmented reality and mobile devices are intertwined.

Another trend in digital OOH advertising for 2023 is the so-called Mobile Billboard, both those with digital and traditional components. This advertising method is nothing new, but it seems that it will have a renaissance in 2023.

This advertising is based on integrating a billboard or a screen that transmits an advertisement to a vehicle. The most positive and interesting part of this type of marketing is that the message can reach many more people, since it will not remain static.

Typically, this type of advertising is usually on buses, cabs or in trucks.

Mobile Billboard style advertising has proven to be highly effective, so much so that its return on investment (ROI) rate is 97%, according to Outdoor Advertising Association of America.

Within this type of advertising we can find different alternatives such as the so-called wrap-around advertising, which has the particularity that the ad completely covers the surface of the vehicle. On the other hand, the possibilities of the Mobile Billboard are many and not all brands use the same transports, since they can use bicycles, trailers, airplanes, blimps or water boats. In this way, the space that companies can reach is expanded even further, reaching a much larger audience.

A More Affordable Strategy for All Budgets

We end this 2023 OOH digital advertising trends article with a very positive one, especially for small and medium-sized businesses.

A few years ago, for SMEs it was somewhat unattainable to carry out an OOH advertising strategy, however, thanks to digital development in this type of marketing this type of advertising has been democratized, becoming more achievable for any company. Now, there are different options beyond the booking of long-term campaigns, as space can be reserved for only a few hours a day, since they are reproduced on screens and not through physical posters. 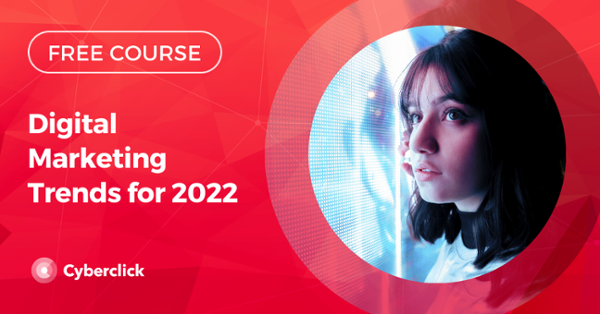