Moonshot Thinking: What It Is and How to Apply It to Your Company

Moonshot thinking is an attitude towards life and a way of thinking that pushes individuals to firmly believe in achieving something that, at first glance, seems impossible. In marketing, it is an expression used to refer to goals that are ambitious and seemingly unattainable but could lead to success for a company. But how important is moonshot thinking and how can you apply it to your company? 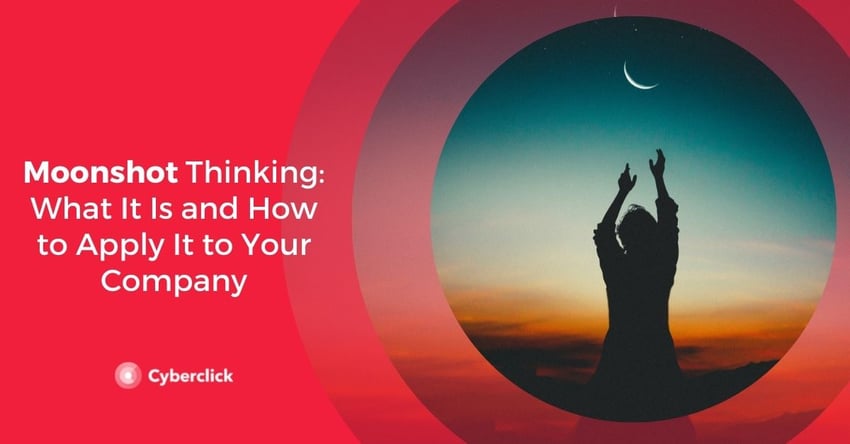 What Is Moonshot Thinking?

The expression "moonshot thinking" comes from a speech John F. Kennedy gave where he challenged an entire nation to achieve a goal that seemed impossible: reaching the moon in less than 10 years. His speech was given in 1962 and, indeed, a few years later, Neil Armstrong stepped on the moon.

In the marketing world, this expression has a very similar meaning–setting an objective or goal that, although it may seem unattainable, will lead to success in some way or another for a company. In fact, even if the goal isn't attained, the company will still have gone much further compared to setting more modest objectives. In other words, it is a matter of not being intimidated or afraid of objectives or goals that may seem impossible, since they help companies grow and reach new heights. This concept is usually related to harnassing advanced technology and creativity, so going where no one has gone before and offering innovative solutions is what moonshot thinking is all about.

As glamorous as this way of thinking sounds, it is difficult to apply in companies where errors have an economic and psychological cost. When an ambitious goal is set, it must be accompanied by a robust and detailed plan to support it. That is to say, you can't chase your goal without first assessing its feasibility, the resources available, and what your company could potentially stand to lose.

How Did Moonshot Thinking Come About?

As we have already mentioned, President John F. Kennedy in a 1962 speech pronounced the following words: "We choose to go to the Moon in this decade and do the other things, not because they are easy, but because they are hard." The moment Neil Armstrong stepped on the moon, his speech became a philosophy and an attitude towards life.

Today, many companies apply this way of thinking and propose projects using cutting-edge technology to provide innovative solutions that can improve the world and our quality of life. Many of these goals are very ambitious, but they are the path to success and change.

4 Steps To Apply Moonshot Thinking in Your Company

One of the first steps to creating a company with a moonshot thinking mentality is allowing teams to have free rein over their creativity without limits and restrictions. The most important thing is that all members of a team can freely express their ideas, opinions, and concerns without fear of being judged, criticized, or censored. With this mentality, you can obtain numerous proposals and then determine which one should become a project.

Step 2: Having a Multi-Disciplinary Team

Another important step to apply moonshot thinking in a company is to have teams formed by people with different skills and expertise. This allows team members to evaluate the same objective from different points of view and approach it in different ways. It is also important to have access to the right tools and technology to bring the vision to life.

Applying this type of methodology or philosophy in a company also has its risks. As we have already mentioned, in some companies and in some contexts, mistakes come at a high price. This means that limits such as the maximum amount of money to invest in the project and how much money the company is willing to use must be established beforehand.

In a project in which the objective is very ambitious and almost impossible to achieve, it is very likely that there will be mistakes and not everything will go as planned. The important thing, however, is how progress is made along the way and the learning that comes from it.

Benefits of Applying Moonshot Thinking in Your Projects

Applying moonshot thinking is not easy, as not all companies can afford to or are willing to take such high risks. Here are some examples of brands that have managed to apply this type of marketing plan:

In the space world, there are more examples: Blue Origin, Virgin Galactic, and SpaceX are a few of them. There is so much possibility in this realm because it is an area where there is still so much to discover and innovate

Applying moonshoot thinking is not easy, especially without sufficient economic resources or access to the most advanced technology. Even so, with careful planning, this philosophy can be applied in most companies, since it is a matter of setting a big goal and, little by little, striving to reach it. 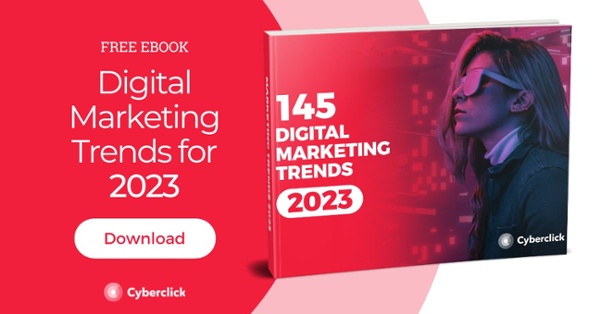 What Is Employee Advocacy?