Get 10,000 followers on your Twitter suddenly and you will die

There are 7 deadly sins and worst one in Twitter is greed. To aspire the power is a temptation hard to resist and we all know that a great influencer is someone who has overcome the barrier of the five figures among his followers. There are very tempting offers that offer certain websites the option of getting thousands of fans in a few days and at a reasonable price. But from my point of view, if you get 10,000 followers all at once on your Twitter, you will die. Why? I'll leave 5 basic points detailing the reasons. 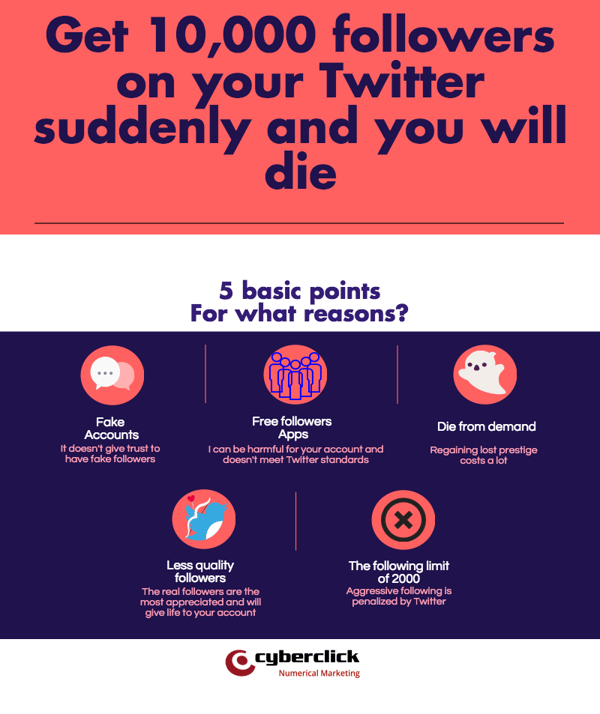