Researching and buying digital advertising space can be complicated and confusing if you don’t know what you’re doing. It can also be a risky and time-consuming process, likened to “pulling out weeds online” by the Wall Street Journal. One solution to these problems is using an ad network, a technology platform that acts as a middleman and connects publishers to advertisers.

In this guide we will explain what ad networks are, how they work, and the various types of ad networks that digital marketers can use.

What Is an Ad Network?

An ad network is an online advertising platform used for brokering the sale of ad inventory between publishers and advertisers. In other words, an ad network connects businesses that want to run advertisements with websites that wish to host them. They collect ad space and match it with the needs of advertisers. They do this by introducing relevant impressions to advertisers to help them reach their ad campaign goals. This makes them an essential monetization tool in the advertising world.

On some platforms, this is done directly, and on others inventory is sourced from SSPs or ad exchanges and sold for profit. Direct sales tend to be more favored as deals are usually more personal than programmatic. They can also be automated, as with Google Ad Manager, which makes them more reliable.

One thing you need to consider before selecting an ad network is how the fees are calculated, as there is great variation in the way ad inventory is sold. For example, Google AdSense sells directly and takes a revenue share, and Amazon Transparent Ad Marketplace charges a fixed price free.

What Is a Mobile Ad Network?

As you may have guessed, a mobile ad network is much the same, except it is used exclusively for mobile phone ad space. Platforms usually connect advertisers with mobile app publishers who want to monetize their apps. Mobile ad space is sold by networks to advertisers and marketers. Examples of mobile ad networks include Google’s Admob, Media.net and StartApp.

The benefits of using a mobile ad network as an advertiser include:

How Does an Ad Network Actually Work?

Now that we’ve seen what an ad network is, let’s take a look at how they actually work.

Put simply, ad networks match advertisers with available ad inventory. They gather inventory of unsold ads from publishers and sell it to appropriate advertisers. They make their money by taking a cut of an ad’s revenue or charging a fixed fee for the aggregation.

With traditional platforms, once a publisher has selected an ad network, they just need to install the ad network tags on their website so that they can be aligned with the right advertising campaigns. When a match is found and an advertiser expresses an interest in a publisher’s inventory, ad details are sent to them for approval. Once a publisher has accepted a purchase request, the ad goes live, and the advertiser can track and manage its performance directly from the ad network’s campaign panel.

With more modern platforms, publishers can use dynamic marketplaces like Supply Side Platform (SSP) and Demand Side Platform (DSP) to sell their inventory. These ad markets automate ad inventory sales through real-time bidding auctions, saving time otherwise spent on negotiations.

These days, there are many choices available when it comes to ad networks. Should you go for a traditional network, an SSP or a DSP? Is a vertical network better than a targeted one? What about blind networks?

Before we look at the different types in a bit more detail, here are a few things to consider before selecting an ad network.

The type of ad network that works best for you will depend on a number of aspects, including your industry, audience and ad format.

Here are a few of the most popular ad network types to give you an idea of what’s out there.

These networks tend to work with more popular publishers, and they are best suited to advertisers who target audiences with very specific passions and interests. This is because the ads are usually focused on niche topics, such as fashion or business, and promoted through specialized media such as consumer and trade magazines. If you have a niche target audience, choosing the right topic-specific network can save you a lot of time in the long run.

In contrast, horizontal ad networks target multiple demographics from a broad range of industries. Marketing techniques include placing ads in general interest and business publications and other forms of media such as radio and TV stations.

These are ad networks that offer inventory using specific formats, such as video, native or mobile. They are usually very selective about their partners and the quality of their inventory. These are best suited to publishers who want to preserve premium pricing in exchange for exclusive access to inventory.

These networks offer specific targeting capabilities that are built into ad servers. They are often referred to as "next generation" or "2.0" ad networks as they rely on advanced behavioral and contextual technology to target audiences. These networks also use consumer clickstream data to upsell purchased inventory.

Finally, blind networks are a specific category of mobile ad network that serve a high volume of advertising to an extensive user base. They are one of the most affordable network types as inventory is usually purchased in bulk or combined with conversion optimization and ad targeting technology.

These networks don’t allow you to select where your ads appear. Instead, you select a channel, such as 'Entertainment & Lifestyle' or 'Premium Portals.' Because of this, they are often considered to be risky. However, targeting capabilities on blind networks are constantly improving and there is potential for valuable interactions. 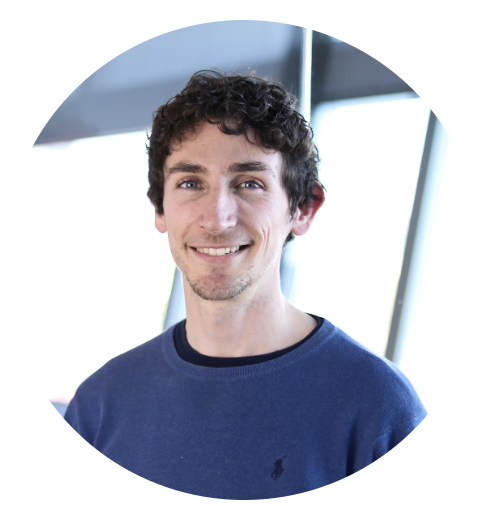 What Is Advergaming? Uses and Examples

The 8 Types of Digital Advertising [Infographic]