What is Guerilla Marketing? Examples and Definition

My first understanding of guerilla marketing happened a few years ago during a marketing conference in Beverly Hills. It was something novel for me as a business owner at the time: creating disruptive, oftentimes humorous and impossible to ignore advertisements.

Once guerilla marketing had been defined for me I began to notice examples on the streets and online. That day in fact, while walking down Rodeo Drive, I noticed a Bugatti Veyron parked right outside a luxury clothing shop. Insanely fast and sleek, the yellow and black Italian sports car perfectly matched the brand’s new seasonal collection. Dozens of people gathered around to snap photos and many of them walked giddily into the shop. It was exciting, sexy and most importantly surprising. Guerrilla advertising at its finest.

In this article, I’ll define Guerilla Marketing, explain some of the most popular tactics, and run through some of the best guerilla marketing examples of the past few years. 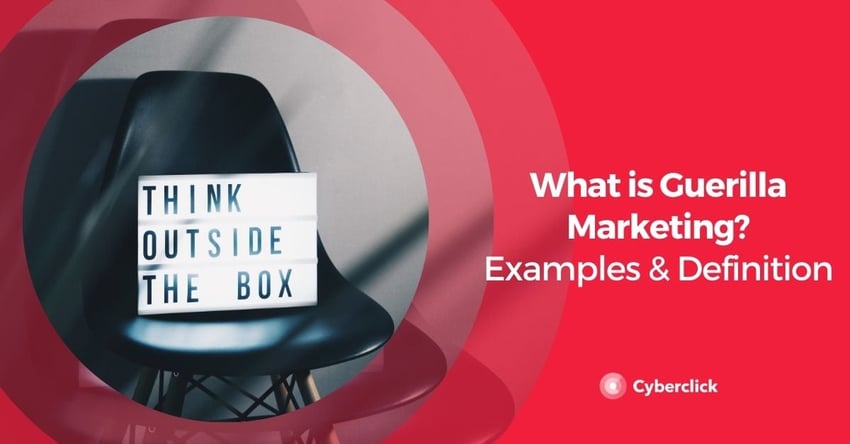 A mention of the word ‘guerilla’, at least for me, conjures up images of warring rebels in destabilized nations. Guerilla tactics during conflict can be defined as any attack that has an element of surprise, such as ambushes, raids or hijacking. While the term definitely comes with negative connotations, the more recent term of ‘guerilla marketing’ is itself a compelling and surprising phrase. Famous business writer Jay Conrad Levinson first coined the term in the early 1980’s and it has carried on into our digital age.

But what exactly is guerilla marketing and how does it apply today? In short, guerilla marketing can be defined as a form of either digital or traditional marketing that creates maximum impact using the least amount of resources, and is also highly memorable. An element of surprise is essential to create a compelling message that initiates action and most techniques involve catching people off guard during their daily commute.

Guerilla marketing tactics are especially beneficial for small businesses with small budgets, think more creativity and craftiness, less spending. We can also think of repurposing previously created content into new mediums that are unexpected or even off the wall. An example being creating short videos of old blog posts and adding a humorous twist.

Now that you have an idea of what guerilla marketing encompasses, we’ll look at examples of organizations raising the creative bar to make their brands unforgettable. From viral videos to hidden hygiene, you’ll see that a little imagination goes a long way.

This ingenious ad for the King Kong 3D experience at Universal Studios needs no explanation when it comes to impact! It truly brings the monster to life with gigantic footprints and a squashed lifeguard truck on a Santa Monica, CA beach.  One can almost imagine the giant ape roaming the streets of Los Angeles after seeing this outdoor guerilla marketing installation. 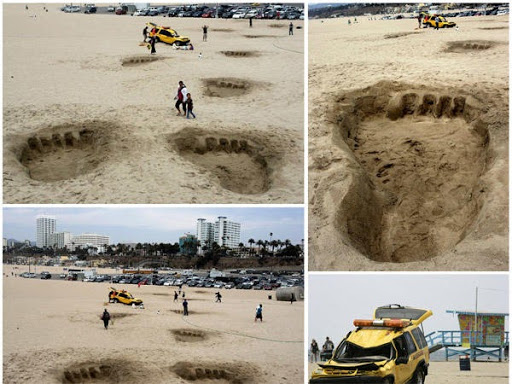 Promoting both their brand and good oral hygiene, Colgate devised this crafty tactic in Thailand to remind ice cream loving kids—and adults—to brush after eating sweets. Interactive, pleasurable, surprising and playful, this guerilla advertising method has it all.  And makes sure we don’t forget that Colgate is the brand to use, of course!

Sprite nailed it with this giant soda machine shower on a steamy beach in Rio de Janeiro, Brazil. This outdoor guerilla marketing installation is fun, refreshing and creative. And no, beach-goers were not showering with soda...it’s only water. It’s hard not to associate Sprite with refreshment after watching this video and seeing the atmosphere it created.

Who can forget this viral video that Dollar Shave Club put out in 2012 which now has over 27 million views and 9,000 comments? Who thought that razors could be so fun, exciting and hilarious? Well, by being off the wall, down to earth and daring, Dollar Shave Club turned a video made with $4,500 into $65 million in annual revenue! They disrupted the whole razor industry by being affordable and not taking themselves too seriously.

Guerilla Marketing does involve some risk, however. Gillette’s toxic masculinity ad, while being disruptive and socially conscious, left parent company P&G with an $8 billion loss following backlash from consumers. Regardless of your stance on the issue, a prime example of the risk guerilla marketing can carry.

Possibly my favorite example of the bunch. Commuters warmed up to Caribou Coffee in Minneapolis, MN with this genius bus  stop ad. Designed to look like an oven, the installation offered irresistible heat in winter (yes, the heating element works!) meanwhile promoting Caribou’s new breakfast sandwiches. It’s a prime example of using mundane objects and transforming them into surprisingly comforting and powerful mediums for promotion. I’m feeling both cozy and hungry just looking at this picture!

When it comes to imagination and plain old fun, guerilla marketing truly is advertising at its best. Guerilla tactics expand our perspectives, make us laugh and throw monkey wrenches into monotonous commutes and errand running. As marketers they also bend our preconceived notions of what marketing is and develop out of the box creative processes. All in all, guerilla marketing is a highly impactful tactic that makes your product or service unforgettable. 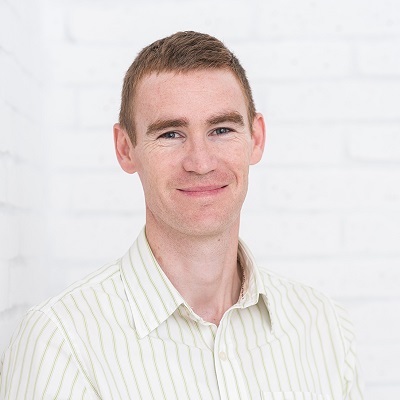 Colm FitzGerald is an international business communications consultant. He lives in Barcelona.