Present and future of the podcasting ecosystem

Podcasts are a digital content type that have yet to explore much of their potential. In recent years, the number of users who listen to podcasts has not stopped growing, offering brands a fantastic opportunity to connect with their audience.

And yet, despite being one of 2020's top digital marketing trends, the podcasting ecosystem remains a relatively unknown compared to other types of content. To shed light on this issue, venture capital investors from the American firm Andreesen Horowitz have just published a very complete podcast market analysis. Let's see what their conclusions say. 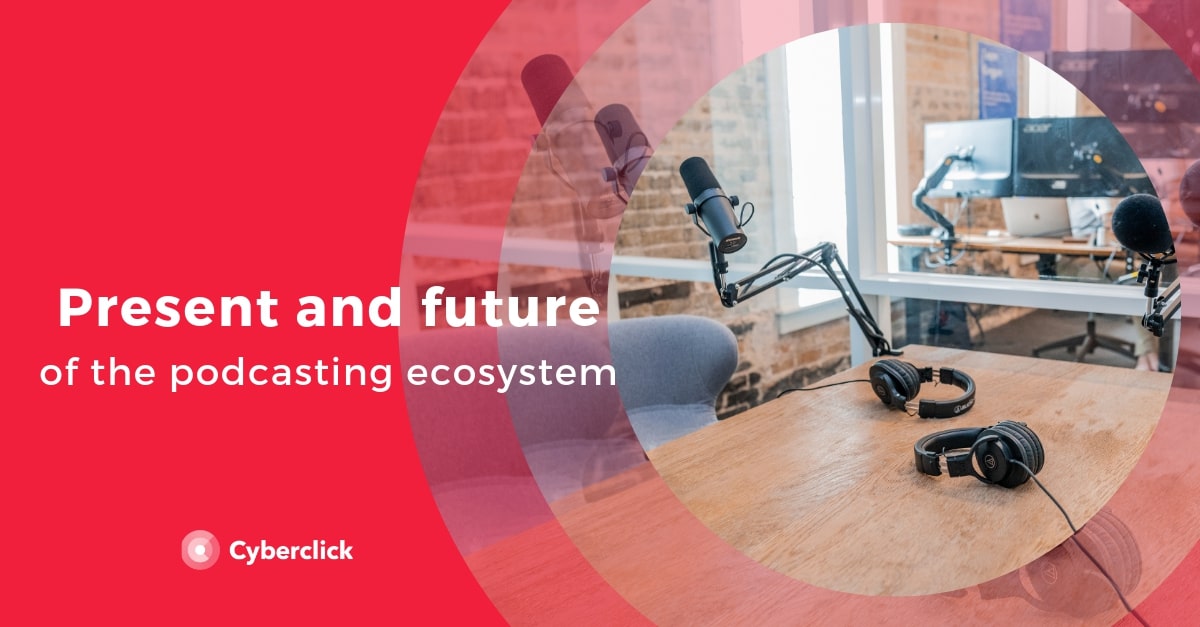 The future of the podcasting ecosystem.

The most important fact that this study contributes is that listening to podcasts is no longer a niche activity. Currently, a third of Americans listen to podcasts daily and a quarter do so every week. Another revealing fact is that 65% of current listeners have only begun to consume podcasts in the last 3 years. We are, therefore, facing a phenomenon in full expansion. Marketers, take note!

In addition, podcasts occupy a considerable place in the users' consumption habits, since they spend an average of 6 hours and 37 minutes a week, that is, an episode a day on average.

It is also interesting to see what happens at the demographic level, since the usual podcast listener does not correspond to the average American. These are the most remarkable figures:

How are podcasts consumed?

The Apple’s podcast application played a key role in popularizing podcasts and is to date, still the most used. However, its market share has declined in recent years, from 80% to 63%.

Until recently Android did not have its own podcasting application, but that changed last summer with the arrival of Google Podcast. As of February 2019 this application only accounted for 0.9%, but it is foreseeable that its popularity will increase in the coming years.

The other major player in the market is Spotify, which has focused a lot on this format in recent years and now accounts for almost 10% of the podcasting market.

Although mobile is the primary listening device, most users listen to podcasts from home (48% of cases). The next most popular place is the car (26%), followed by work (12%). According to the estimates of the study, cars with Bluetooth technology could make these vehicles positioned as a preferred listening place.

Thought leaders of the podcasting ecosystem.

Finally, we will stop to analyze the phenomenon of podcasting from the side of the thought leaders within the ecosystem.

Currently, there are more than 700,000 free podcasts available and thousands more are released each week. However, the distribution of popularity among them is very irregular: the average podcast has only 124 downloads, but the most popular 1% accumulates an average of 35,000 downloads per episode.

Regarding the profile of the thought leaders, the study proposes the following division:

Despite the multiple sources of benefits that we have just mentioned, it should be noted that the monetization of this format is still taking its first steps. That is, podcasting still generates more interest than income.