“If you can’t beat them, join them” must have thought the decision makers of the biggest social network in the world. After following in Twitter and periscopes step with their Live Videos, Facebook has launched a new feature directly inspired by Snapchat: Facebook Stories. After testing this new feature with impressive success in Ireland (where it reached 100 million users in just 2 months), Facebook has begun to launch pilot trials in other markets as well.

Facebook Stories is very similar to Snapchat Stories, as well as Instagram’s similar functions. The user can upload videos and photos to their stories, which will be shown in a special part in the news feed. This content will have a 24 hour automatic expiration period, after which it self-destructs and disappears. Along with it, users can also add selfie filters as well as geofilters.

One of the novelties of facebook Stories is that it does not use the same features that we are oh-so used to, like our walls and comments. The goal is that users’ walls can be saved for “more serious” things, that the user would like to keep on their wall permanently. As for comments, they are limited to private messaging.

The advantages of this kind of content for marketers

With Facebook Stories, this network is finally getting on board with disappearing, fleeting content, a trend that has been all the rage over the past years. These are just some of the reasons why marketers are so excited about this kind of content:

The blatant similarities between Facebook Stories and Snapchat is more than obvious, but those in charge of this network do not consider it to be a problem. Last year, when Instagram launched their own version, Kevin Systrom (CEO of the brand) didn’t hesitate to recognize it in TechCrunch: “they (Snapchat) most definitely deserve all the credit.

As we have seen over the past years with innovations such as live video, likes, or photo filters, the social media world does not really care so much about who came up with a concept, but rather how they can use it, and how it adapts to each platform. After all, it is only the users who can determine the success of failure of each new feature. 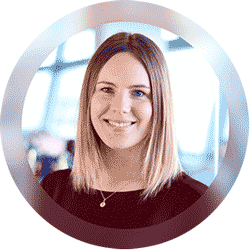