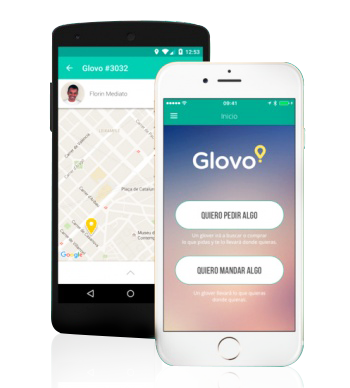 @GlovoApp is an on-demand delivery service application that connects customers with local couriers to deliver goods from any location in the city. They recently received 2 million euros in the latest round of funding and they plan to reach some of the largest European cities, strengthening its position especially in local markets.

@GlovoApp is growing rapidly and expanding geographically with the need to increase their presence in the mobile channel. The application currently operates in certain cities within Europe and the U.S. so the challenge was to reach targets within specific geographical locations showing customized text, images and creativities that reflect the nearest city of the user. They also wanted to increase brand awareness in order to help grow the business. 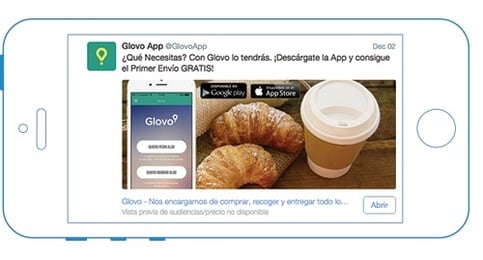 The first phase of the strategy was to produce many campaign segmentations and Twitter cards customized to the various cities that the campaigns focused on in an automatized way. They needed to be able to easily manage thousands of personalized creations of Twitter cards per segmentation. 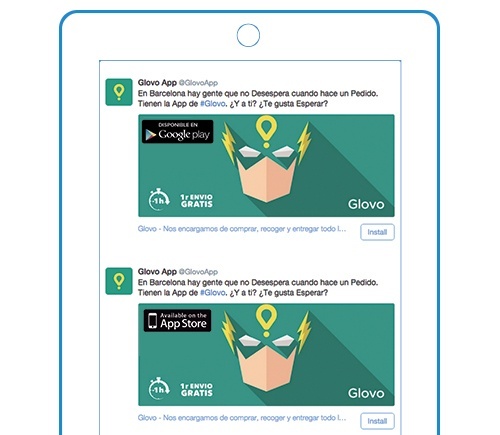 The application was promoted in different cities by using images and content relevant to each city. By customizing the ads to each city they were able to achieve optimal results.

2. Segmentations for each device

To maximize results, Glovo created segmentations for each type of device that the user had such as iPhone and Android. This way, each user was able to view an ad that was completely specific to their device, location and demographics.

3. Learn and adapt to your audiences

Glovo was improving and learning from the metric results, given the programmatic approaches used they were capable to identify the Twitter cards that performed better per segmentation so they were creating new creativities, texts and images. This allowed them to decrease the CPI up to 25% in certain campaigns.